Why do we think hormone replacement (estrogen) is bad? Breast cancer risk?

In my menopause estrogen breast cancer current obsession, many of the books I am reading come back to when hormone replacement became Voldemort. They all come back to the Women’s Health Initiative study, which was stopped in July 2002. 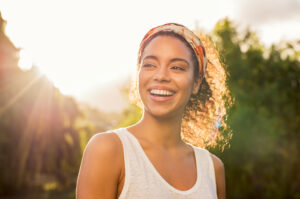 The NIH stopped early the Women’s Health Initiative, a major clinical trial of the risks and benefits of combined estrogen and progestin in healthy menopausal women due to an increased risk of invasive breast cancer.

In 2006, with more follow up of the patients from the original study, they found no increased risk of breast cancer. This though was not widely reported. When reanalysis was done, they found many issues with the study. 1/3 of the study women were overweight, another 1/2 were obese. 36% had high blood pressure. and 50% were current or past smokers. In recent years researchers have combed the data more. After doing in depth analysis, they concluded “the over interpretation and misrepresentation of the findings in the WHI study has results in major damage to the health and well being of menopausal women.”

New issues emerged, where some of the investigators stated “Investigators most capable of correcting the critical misinterpretations of the data were actively excluded from the writing and dissemination activities.”

What was the study?

The Women’s Helath Initiative Study was a prospective randomized trial- women were given hormones or placebo. The study was huge, runs by leading doctors and epidemiologists. It was focused on women’s health, as there is a dearth of research on women- most studies have been done on men. It had three arms: diet, calcium and vitamin D, and hormone replacement.

So where do we stand?

I went to PubMed again for this to find the most recent studies. I found a JAMA article from 2020, “Association of Menopausal Hormone Therapy With Breast Cancer Incidence and Mortality During Long-term Follow-up of the Women’s Health Initiative Randomized Clinical Trials.” They conclude in this that there IS a statistical increased risk for breast cancer in those who take estrogen/progesterone HRT, but no increased mortality. If estrogen only (no uterus), they show a decreased risk of breast cancer. To see it click HERE>

The pro-Estrogen lobby says no increased risk of breast cancer. The medical literature is still mixed, with recent studies showing estrogen-only lowers breast cancer risk. But you can’t do estrogen-only if you still have a uterus as it can increase the risk of endometrial cancer.

They do bring up a good point though when discussing relative risk vs. absolute numbers. If they say 300% increase, that is alarming. But if you find that increase was because something was 1 in 10,000 and is now 3 in 10,000, that risk seems trivial.

They also bring up the error of data mining, where you go into the data to try to retrospectively find something significant. “Subgroup analysis” can distort data.

And how are you doing estrogen therapy? oral? the patch? How much? For how long? Do you have dense breasts? Other risk factors for breast cancer (no kids, kids after 35yo, family history, etc). See my blogs on estrogen and breast cancer.

THIS IS NOT A SIMPLE ANSWER.

But estrogen also isn’t Voldemort. This is going to be an “everyone is different” kind of answer. What is your risk tolerance? what menopausal symptoms do you have? how bad? are you at a high risk for heart disease? bone issues? alzheimers?